How Has SEO Changed in the last few years?

SEO has changed beyond recognition without any doubt over the past few years.

Indeed, today’s SEO bears no resemblance to what we used to call SEO just a decade ago.

Earlier it was possible for experienced SEO experts to manipulate the rankings of a search engine page result by knowing what to tweak on their website.

But this approach no longer works, and as a result, several of old-fashioned SEO agencies have ceased trading, or needed to drastically change their approach.

In this post, we will examine the main changes which the search engine optimisation process has undergone over the last couple of years and discuss each major change in detail.

Semantics used to play only a marginal role in search engine algorithms just a few years ago.

All this has changed with the improvement of search engine algorithms and artificial intelligence on which search engines are increasingly reliant.

Nowadays, semantics play probably one of the most important roles in search engine results in pages and are largely responsible for the placement of a website/webpage on SERPs.

Earlier ‘Dentist London’ could have generated converting traffic from organic SEO, but today ‘affordable dentist in London’ will probably give you better quality traffic which will convert at a higher rate.

Google started changing its algorithm drastically with its Panda and Penguin updates in 2011 and 2012. But semantics rose to prominence after the Hummingbird update in 2013.

In the earlier days of SEO, many people were sceptical of the claim that “Content is the King”.

However content has become increasingly important over the last few years and is an element which can make or break your SEO strategy.

Google and other search engines have repeatedly emphasised the importance of good quality, original content.  In fact, Google has also punished several websites for having duplicate or copied content via its several algorithmic updates.

Link building is an area which has perhaps changed beyond recognition over the last decade along with the SEO itself.

Gone are the days when just a few high-quality links could have got you ranked on SERPs, indeed today you will need much better links from relevant, high-quality sites to even think about a place on SERPs.

Earlier on you could have got your website ranked on SERPs with paid links, non-contextual links from forum posts, or spammy blog comments.

But in today’s changed scenario such practices often get a Google penalty and thus you must avoid anything which even remotely bears a resemblance to black hat link building tactics when it comes to link building as any such practice will do more harm than good.

Search engines have changed their focus on the quality and context of links and nowadays earned links from relevant, high-quality sites almost always beat links from non-relevant sites.

SEO veterans will remember that Google started this crackdown over shady link building practices with its Penguin update in 2012.

Social Media didn’t even have a fraction of the influence it has today just a decade ago.

In pre-2010 days search engines rarely took the popularity of a website or a webpage on social media into account when calculating it’s rank on their result pages. 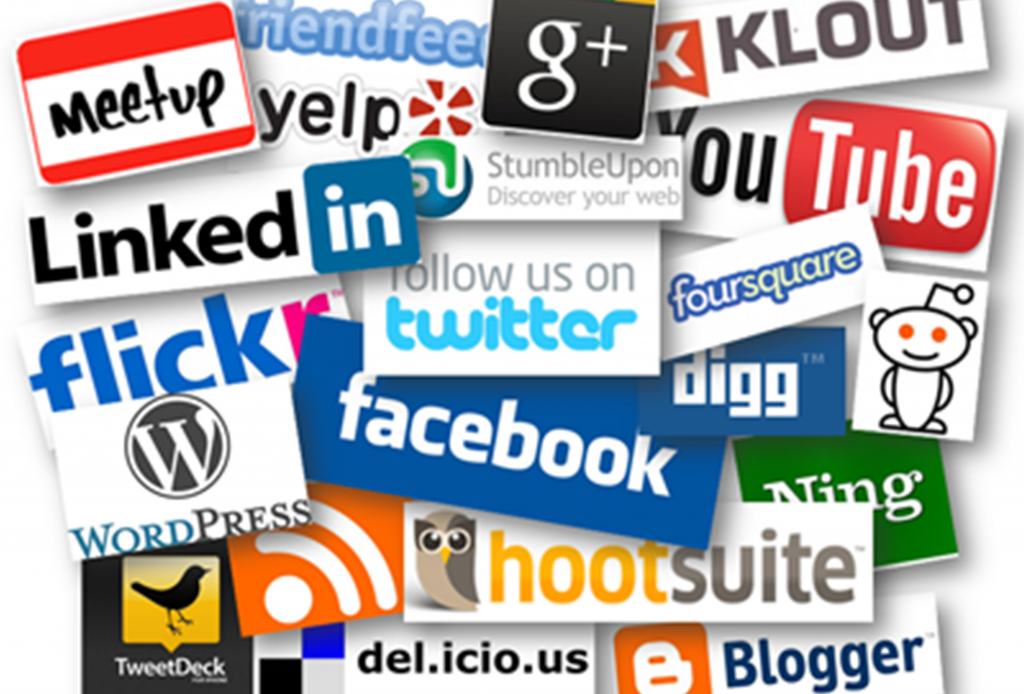 Things have changed dramatically since then as nowadays social media signals are incorporated in every major search engine’s algorithm and play a crucial role in establishing your SERP rankings.

Indeed, many businesses have started focusing more on social media channels and platforms as compared to search engine optimisation as if you can gain a foothold in social media then sooner or later search engines are going to rank your website for relevant searches.

Just a few years ago many people assumed that buying backlinks or participating in link schemes was all you need to do to rank on a search engine results page.

Google has conducted a crackdown on such tactics, and entire sites have vanished from SERPs due to poor quality or paid backlinks.

Since at least 2012, link schemes have been falling out of favour, and google penalties coupled with other factors have sounded the death bell for these tactics.

Today, using a link scheme is the perfect way to get your website penalised by search engines as they strongly disapprove of such schemes and your site may end up in the sandbox if Google discovers that you got your backlinks via shady practices.

PageRank is perhaps the most famous algorithm used ever by Google as it was the first algorithm which was largely responsible for displaying results on search engine results pages.

Much has changed over the last few years, as PageRank is no longer the sole factor which can make or break your site rankings on SERPs. 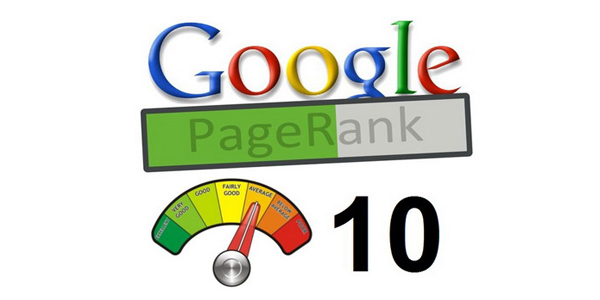 Google has itself considered that they consider more than 200 attributes before generating a SERP for a query.

With the rise of artificial intelligence algorithms such as RankBrain, PageRank has lost its importance although it can’t be said that it’s no longer important.

Search engines have been trying to serve relevant and good quality results to their users since the advent of the Internet. User experience has been a primary metric which has been in use for several years.

Users type their queries in search boxes to find an answer to their question and search engines satisfy this thirst for knowledge by delivering relevant answers to user’s queries in the form of search results.

User experience has been closely monitored by search engines since at least a decade, and Google has started paying even closer attention to metrics which tell about the user experience of a website or a webpage such as Bounce rate.

Google’s artificial intelligence and deep learning algorithm RankBrain takes into consideration the time spent on a site and page layout into consideration when displaying SERPs. So, it’s important to keep an eye on UX if you want to rank your site high on SERPs.

Anchor Text was the silver bullet of SEO just a few years ago.

Webmasters misusing anchor text for gaining high rankings in search engine result pages often wake up to discover that their sites have been penalised by Google and they have lost a majority of their traffic within an eyeblink.

Local SEO was just taking off a few years ago, but nowadays with almost every conceivable business listed on the internet, local SEO has become much more important. 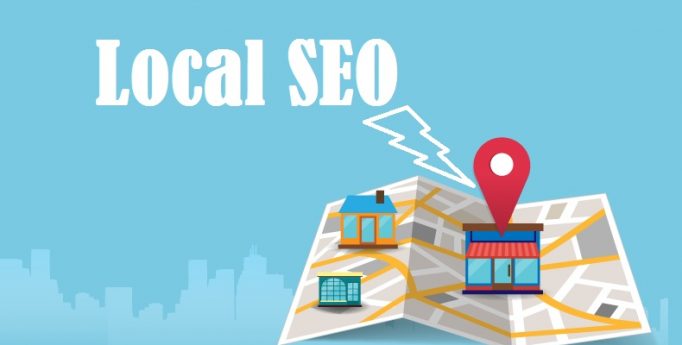 It just makes sense from the perspective of a search engine to show relevant results to users based on their reported location.

Mobile users have played a significant role in this transformation as mobile searches often report a user’s location which then allows Google to serve relevant local results to them for their query.

A decade ago people were not even aware of what a Google update or penalty meant.

Things started to change after 2010 as Google released at least one major update each year starting with Panda, Penguin, Hummingbird, Pigeon etc.

The SEO community was surprised by the massive changes with which webmasters had to deal with after each major algorithmic update from Google.

These updates were mainly responsible for the changing landscape of SEO as after every single update millions of websites using outdated or spammy tactics were penalised, and it took years for them to recover their prior rankings on search engine result pages.

Keywords were the frame of SEO in good old days which is no longer true.

Previously, SEO strategy was framed around Keywords and this started to change with the rise of semantics and artificial intelligence after the Hummingbird update in 2013.

Keywords are still important from the perspective of SEO, but they no longer enjoy the importance which they used to have just a few years ago.

Today, Google tries to decipher user intent behind a query and uses its artificial intelligence algorithms like RankBrain to serve results based on what AI thinks to be the intent or need behind a query.

There are billions of mobile devices connected to the internet today, and mobile searches officially surpassed desktop queries in 2015 in Google search.

Earlier on mobile SEO was seen just as an additional part of the wider SEO strategy, but nowadays it has become an outright necessity.

You will miss out on a lot of opportunity to reach mobile customers if you don’t optimise your site for mobile SEO. 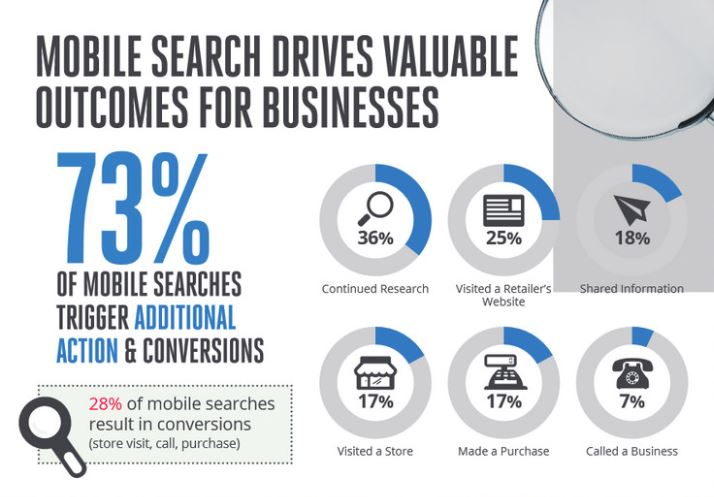 With the rise of the mobile web, mobile experience has a completely new meaning.

In some developing countries, people use a mobile device such as a cheap smartphone as their only link to the Internet.

Google released its mobile-friendly update in 2015, which forced webmasters to consider mobile-friendliness of their site when planning their future SEO strategy.

Google further rolled out its mobile-first index which places an even greater emphasis on mobile experience and mobile friendliness of a site.

You can simply no longer overlook mobile users as mobile experience pretty much impacts your SERP rankings in a huge way.

Pictures (no copyright infringement is intended)

By continuing to use the site, you agree to the use of cookies. more information